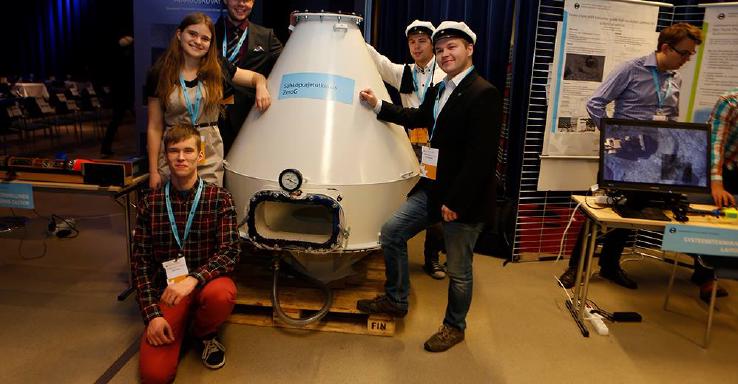 In 2006 physicist Pekka Janhunen from the Finnish Meteorological Institute invented a way to accelerate in space using charged particles from solar wind. His idea was to use long very thin leashes and to charge them electrically to reject the charge of the solar wind particles. Several kilometers wide structure, resembling bicycle wheel, you could theoretically reach over thirty times the speed of conventional rocket technologies. This new invention is called solar electric sail.

The structure of the spacecraft is simple. In the middle there is a unit for communication, support, payloads etc. and also for charging the thin leashes. From the center unit, the leashes extend 20-100km outwards.

At the beginning of the flight, when the spacecraft has been successfully launched, its put into a spin so that the leashes open outwards. Maintaining and accelerating this spin requires power. The first missions this is achieved by using chemical fules. Later, to reduce mass, a conventional solar sail at the end of the each leas is used to accelerate and control the spinning motion. These blades are going to be approximately 0,5 m x 50 m, radially mounted at the end of each sail. The blades are not opened to the same plane as the whole system, so that the solar wind pushes the system into accelerating spinning motion.

Castor is applying ESA’s Zero-G flight to test the proper release and packaging method of these Space Blades in micro gravity conditions.